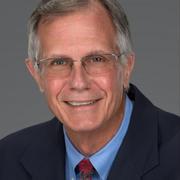 Charles Hanskat, P.E. is Executive Director and Technical Director for the American Shotcrete Association. He is a licensed professional engineer in 23 states. Charles has been involved in the design, construction, evaluation, and repair of environmental concrete, marine, building, and shotcrete structures for over 35 years. He is an active voting or consulting member of many ACI technical and board committees, including the ACI 301, ACI 318-A, ACI 350, and ACI 506. He is a board member of ACI’s Strategic Development Council and chairs the SDC TTAG Committee. He was also 2014 President of the American Shotcrete Association. Charles has been active in professional and technical engineering societies. He served as president of Florida Engineering Society and a national director of NSPE. He is a fellow member of ACI, ASCE, and FES, and an active member of ACI, ASA, ASCC, ASTM, and SDC. He holds both a bachelor’s and master’s degree in Civil Engineering from the University of Florida.